It’s me, Buddy The Wonderdog* I had Emperor Terrance, Lord of Church Street and its environs, Provider of Sustenance and Keeper of the (pellet stove) Flame** set up the voice regonizhun software on this box so’s I can write while he sits over in the comfy chair, swillin’ the eggnog and eatin’ the stuff he won’t let me have.


The occasional glitch in the software will sometimes render a “Woof” as a “WooF”, a “wOof” or even a “WOOF”. I apologize for such errors in advance. Doggerel, our language is a lot like various forms (Mandarin, Cantonese and other) or Oriental languages and Arabic, dependent upon context, pronunciation and syntax. If something comes out sideways I don’t got no Ko-Rec-Type or WyteOut and, even if I did, I got no hands, just paws. Deal with it.


So, where was I? Oh, yeah, me and The Guy have had our home for 2-1/2 years. He was in the house here longer but without it don’t have a dog, it ain’t a home! I came from a nice enough house where I was before (Buckingham Palace, does that ring a bell?) but try getting up on the furniture around those people***! This place is a little beat up (The Guy says it just looks, “lived in”—yeah, like it was lived in when an F5 twister hit) but a nice, snuggly, somewhat “experienced” couch that smells like ME—that’s heaven with bad upholstery, noi’msane?


The food here is WAY better than it was at them other places—especially the vegan PETA shelter that I was in for a couplea weeks, before I got into the DPP (see note 1). I get MEAT with some other stuff and it’s all good. I get some decent kibble that’s made by a nice lady with a cooking show on the teevee  (The Guy don’t got one, one of life’s small trials); I think her name is Rayshell Ray. Oh, I get cookies, too. Bacon, peanut butter, blueberries, chicken fat and just enough flower to hold it all together—YUM!


I’m not complaining, this is pretty good gig. Like any relationship there’s some give and take; The Guy gives me biscuits and I take them back to my bed, crunch them while dreaming that they are small mammals or brilliantly plumaged songbirds and take a nap—eating is hard work.


Yeah, I gotta wear a collar, get inoculated, have that fleantick stuff put on me and pee outside (usually—and when I don’t hold my water, it’s not my fault. I’m a little dog, little dogs are usually yappers, snappers and indoor crappers and I don’t yap, snap or crap in the house, so 2-1/2 outta three AND no “#2”, ain’t bad), no mean task when it’s 5 degrees outside.


I do some chores, cleaning out my dogfood bowls every day being one of the more important ones. I also patrol the house, looking for skwerlz, bobcats, wolverines, polar bears and musk oxen. You know how many of those guys are in the house? That’s right, Zero, bupkus, nada; and only the skwerlz stayed in the neighborhood—those little guys are QUIK! I patrol the neighborhood three times a day, checking for interlopers and thinking dire thoughts at them (I’m telepathic, too) until they leave the area. I also volunteer, along with a number of other fellas like myself, to do some informal ethnobiological research. What, you think alla that sniffin’ is idle curiousity?—oh, kontrare—we’re gathering data points. It’s just dog pee and poo to you.So, whattayagot, like, 5,000,000 odor receptors in those puny little schnozzolas of yours? Well, I got about 20 times that many and my buddy Billybobbloodhound down the street has like 230,000,000 of ‘em. We don’t just know who left the “deposit”, we know why, when and what he was eating and drinking. I shouldn’t be telling you this but when I go the vet he always wants a little “alone time” with me, so’s I can fill him in on what’s going on in the neighborhood. His office assistant wants other stuff, things like The Guy’s bank routing and account numbers—lucky for him, I can’t read.


Sorry—we had to take a little break for me to go out and romp in the snow (actually, it’s at this time of the year when the danger of marauding Polar bears is greatest—they blend right in with the snow, but I act all lighthearted and gay while I scan the snowdrifts for signs of recent Polar bear activity. The Guy is oblivious; he’s just enjoying his hard bought freedom from fear, without a care in the world. Today’s a good day, nothing to report) and now that he’s had his outing, I think that The Guy is ready to do a little work.


Me, I’m pretty much tuckered out, anyway, from all this work and my eyes are a little tired from squinting while looking into the sun (the direction where most polar bear attacks come from) and I think I might need a little nap.


Ahhh, yeah, here he comes now. A little stretch, roll over, get my belly scratched, hop up on my bed and look cute. Then, BissssssssssssssCUTZ!


Hi and Merry Christmas or whatever holiday you’re currently celebrating:


Buddy was good enough to help out with the ChrisKwanukkahFestiNalia letter this year (I was NOT napping—I was THINKING about all of the things I have yet to do before I go a’visitin’. And, NO, those were not snores that Buddy was hearing, it was a little mantra I came up with years ago while in boring classes at CHS).


I am happy to report that at least HALF of the lovely Christmas cards I get every year have already arrived. I am sure that the rest of them will be along as soon as the USPS gets offa its lazy butt and gets to work—whoops, my bad, Jolene!


This year has been a bit of a challenge, physically. I have had some issues with my right arm (ganglion cyst on my hand, pronated lunate process in my wrist, torn bicep and probable tear in rotator cuff). After several trips to the clinic, some PT and a little bit of that Kellymagic anger I finally got a cortisone shot in my shoulder (immediate relief) and an MRI scheduled for 1/06/14.  I just got an oxygen condenser for using while I sleep—not sure that’s gonna work out, between the noise and the cannula up my nose!—because while the VA says I don’t have Sleep Apnea, they think I need more O2 at night. If/when they can get a handle on that stuff, I need a podiatric consult and maybe some new knees and hips down the road.


In spite of all of the above I’ve walked and biked quite a bit since June of this year (a virtue born of necessity) and it’s probably a good thing. Between taking Buddy out for his neighborhood patrols, various errands and trips to the local Beerdration clinics and debate clubs, I’m clocking about 15 miles walking or 40 or more on the bike, per week and the hills here are like the ones on Bancroft and 46th to 48th Street.


Work on the house proceeds slowly but it proceeds. Buddy’s water doesn’t freeze in its bowl OR in the toilet. I got me some gummint pellets this year, 2 tons from HEAP and that will be the bulk of my heating requirement. I use a pellet stove that keeps the downstairs tolerable and, at night, a small portable radiator keeps me cozy in my bedroom. Buddy has a nice couch for warmer nights and new, raised doggy bed about 2 feet from the front of the stove. He seems to enjoy watching the fire and dreaming about catching oneathem Polar bears.


Well, I’ve got a new batch of dulce de leche simmering on the burner and some cookies (not zaletti, these are my special holiday cookies with about 25 ingredients) to make before I nip next door for a late Chrismas dinner. My neighbor, the chair of the local SUNY theater department invited me. She apologized for the fact that her and her boyfriend’s children (1 and 2 kidaloos, respectively) would be there. I told her not to worry, they won’t beat me to the food. I may have lost a step but, coming from our background, I wield a pretty mean fork.


Buddy will have been fed, walked and biscuited before I go and he will spend a few hours listening to Christmas music while visions of roasted skwerl, stuffed with pepperoni, prosciutto, bacon, sausage, roast beef plus cheddar, asiago, parmegiano reggiano and manchego cheese dance through that thimble sized brain of his.


Buddy also has a physical challenge. He’s had a seizure disorder for some time and it recently ramped up to high frequency and “cluster” episodes. He’s going in for blood work on Friday and his vet says that he’s pretty sure (and will know for certain after the blood panels) whether it’s anything diagnosable or simple idiopathic epilepsy. The only real treatment (that I can afford) is Phenobarbital twice a day. Several of my friends have animals who seize and they all treat them with Phenobarbital and it seems to be effective and relatively benign. Buddy’s a gamer and he’s still really likin’ the cookies and walks, so he’s gonna wanna stick around for a few more years—my adoption papers say he’ll be 12 in February, the vet says he thinks he’s 9. I’ll let you peeps know how it all comes out.


I wish you all, family and friends alike, all of the wonder, joy and happiness that you can share with those whom you love today and always. I also wish you success and prosperity in 2014 and the years to come.


Peace and Love from your favorite dope and his “roomie”


Terry and Buddy The Wonderdog.


*  Not my real name, I’m in the Dachsweiler Protection Program. My litter name was Prince Kurzbinder von Puppenhund—I come from a long line of royal dogs. The DPP thing?  Um, it’s got to do with peeing on expensive shoes and chewing up the boss’s steak (the last one, boss, that is). I had to “rat out” some chicken killers I knew or spend the rest of a short and miserable life in a PETA vegan shelter.  So “Buddy” it is (“The Wonderdog” was The Guy’s idea—he’s such a kidder, always saying things like, “Hey, Buddy, don’t sell yourself short!”). Everybody’s a comedian—so, why ain’t I laffin?


*** And those corgis? They think they’re “special” , just ‘cuz they live a queen. I got news for ya, fellas; my forepawfathers were livin’ with the Kaiser when yours were still peein’ on un-pruned trees—do ya get my drift? 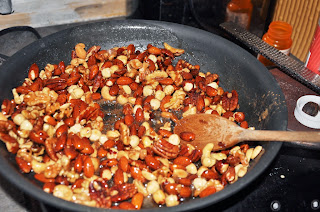 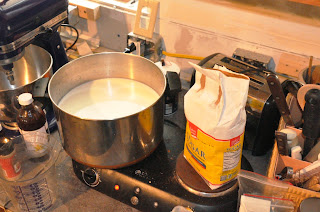 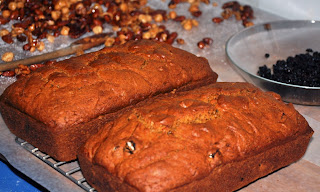 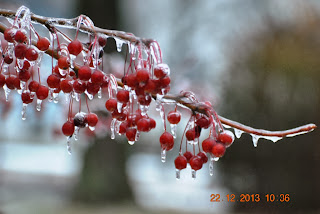