""The 2006 consent agreement was signed under Gov. Romney. Of course it was! But to learn a lesson from this case one needn’t finger-point, play the “blame game,” “politicize a tragedy” and do all of that other stuff Republicans say is wrong when it makes their side look bad but which they’re only too happy to indulge in when it serves them. Nope, we don’t even have to go that far, not here."
Well, you're right, of course. But, if we wanted to go that far:
Gregory Conigliaro, 46, is described by former employees and two former neighbors as a charismatic entrepreneur. They said that he like s to give parties, and in September he raised $37,000 for Sen. Scott P. Brown (Lying, hypocritic, reptilican fuckbag*) in a fundraiser at his Southboro home, according to The Boston Globe. Brown has since said he would donate the Conigliaros' contribution to charity." (http://www.telegram.com/article/20121025/NEWS/121029699/1052)
then, well, you can see where I might be going with this.
There's also this:
'Oliver’s investigation of NECC, the supplier of the contaminated drugs in question, led her to carefully examine the history of NECC’s disciplinary actions and enforcement under then Governor Romney’s Health and Human Services Department. Oliver found that NECC had a history of violating accepted pharmaceutical industry standards and that, during Governor Mitt Romney’s tenure, the Massachusetts state government consistently conceded to requests by NECC’s counsel for more lenient treatment rather than the initial requested penalties according to correspondence between NECC and the State of Massachusetts." (http://freedemocracy.blogspot.com/)
and this:
http://fundrace.huffingtonpost.com/neighbors.php?type=name_address&lat=42.3109030000&oldest=1&lng=-71.5422440000&lname=CONIGLIARO&fname=GREGORY
Ya gotta love this quote from the FreeDemocracy webpage:
"If you love wealth more than liberty, the tranquility of servitude better than the animating contest of freedom, depart from us in peace. We ask not your counsel nor your arms. Crouch down and lick the hand that feeds you. May your chains rest lightly upon you and may posterity forget that you were our countrymen." Samuel Adams, (1722-1803)

*  Additional material provided at no charge by Teamdemocommie."
Posted by democommie at 12:51 PM 2 comments:

Fifty Years Ago, Black Saturday and the Cuban Missile Crisis


The Cuban Military Crisis resulted in what is known as black Saturday. Historians consider it the closest conflict to breaking out in nuclear war of the 20th century Cold War era.

Alfred Hitchcock did an excellent fictional version of the French role in his movie Topaz, in alerting the U.S. to the leaking of NATO secrets and the infiltration of the French government of Charles De Gaulle by Soviet intelligence agents, just part of the backdrop to American U-2 pilots discovering the missile sites while overflying Cuba.

On October 27, 1962, another U-2 flying over Cuba was shot down, and later that evening, the U.S. Navy dropped depth charges on a Soviet submarine challenging the U.S. blockade of Cuba, not realizing the sub carried at least one nuclear torpedo. And later that evening, another U-2, that was supposed to be sampling nuclear fallout from Soviet bomb testing, took a wrong turn due to the Aurora Borealis, and invaded Soviet airspace for 90 minutes. The Soviets scrambled their MiGs, chasing the U-2, flying on fumes, back over the Bering Strait, and the U.S. in turn launched F-102s, also armed with nuclear air-to-air missiles.

Earlier this week, Fidel Castro, the last of the three still alive, although supposedly having relinquished power, at least day-to-day operational power to his brother Raul, made an appearance at the Havana National Hotel to prove he's not dead yet.

I would encourage readers to check out the PBS web site on an important historic event, something we should all know about our own history, and world history, with parallels to our modern era politics. The entire 13 day Cuban Missile Crisis is far too complex to address here in the detail it deserves; but it is a classic example of what a difference the individual in the oval office makes.


From MikeB by way of Under the lobsterscope: 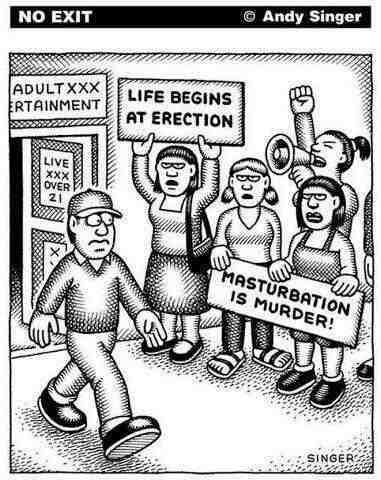 The British National Health System actually included advocating a healthy and active sex life as part of material provided to school kids - more progressive than anything you'd ever see in this country.  But then, they DID give the world Monty Python....